See it for yourself ! Drenthe by bike


We upped sticks and moved here from the UK because this is the best place in the world to cycle. There is no-where else with the number of cyclists that this part of the Netherlands has, and no-where else with such wonderful facilities for cycling. Assen, where we now live, is the capital of the "cycling province" of the Netherlands, Drenthe. Groningen, a few km North, has a higher cycling modal share than any other city in the world.

The weather in May is generally marvellous for cycling, and it carries on right through the summer. Last Sunday was an absolutely beautiful day. Our children rode with their friends to the beach, while Judy and I went out to plan a new route for our cycling holiday customers. We took a few photos and a bit of video while we were doing it. As ever, we barely saw any cars, and also as ever, there were thousands of other people cycling !

Come and see it for yourself on one of our cycling holidays. 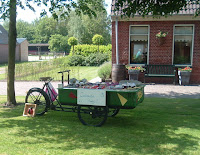 We passed many cafes, pancake restaurants, and also you often find people selling things informally outside their homes.

In this case, an old bakfiets was parked next to a small country road, loaded with countryside produce. 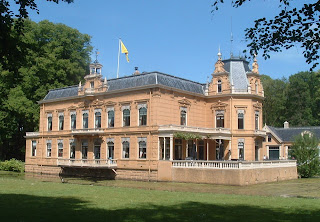 A country estate on the route. This is the location of one of several museums on this route, and this location also has a petting zoo and a cafe. 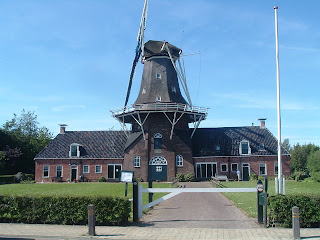 This windmill still produces grain and oil in the traditional way. You can look around and buy the produce made in the window

You can also see it in the video.

Email ThisBlogThis!Share to TwitterShare to FacebookShare to Pinterest
Labels: drenthe

Self-led and guided cycling holidays in the cycling province of the Netherlands:

Come and see for yourself how policy and infrastructure in Assen and Groningen have lead to the high cycling modal share in this area: